Stephanie Davis has revealed she suffered a miscarriage in an emotional Instagram video shared with followers on Monday evening.

Posting an unfinished video montage that begins with the news of her pregnancy, Stephanie, 28, could be seen reading a positive home test and sharing the news with her partner Oliver Tasker.

In an accompanying caption the Hollyoaks star explained how she had hoped to end the video by capturing the moment she told son Caben, four, that he was going to be a big brother.

Admitting she ‘never got that far’, Stephanie told followers she wanted to wait until she reached the twelve week mark before sharing the news, however ‘started getting pains’ and was told after being admitted to hospital that her pregnancy ‘was no more’.

Tragic: Stephanie Davis has revealed she has suffered a miscarriage in an emotional Instagram video with followers on Monday evening

The actress went on to explain that ‘this is why I’ve been so quiet,’ and told fans she had decided to take a pregnancy test after they pointed out her ‘bad skin, heavy curry intake and hormones’.

Stephanie revealed that her hospital stay involved ‘scans and lots of blood’ and that she was told ‘her levels are dropping drastically and her pregnancy is no more’.

She wrote in full: ‘Why I’ve been quiet. Didn’t know if to post this or not just felt so lost recently. Is it no ones business, or should I share my sadness or just keep It in and feel sad and alone like I do.

‘As my followers I guess you know me pretty well. It was in fact your messages about my bad skin change, my heavy curry intake, random food and hormones that made me check… I was pregnant.

‘We only told close friends and family as wanted to wait till the 12 weeks safety mark even though I thought of course it would all be fine. 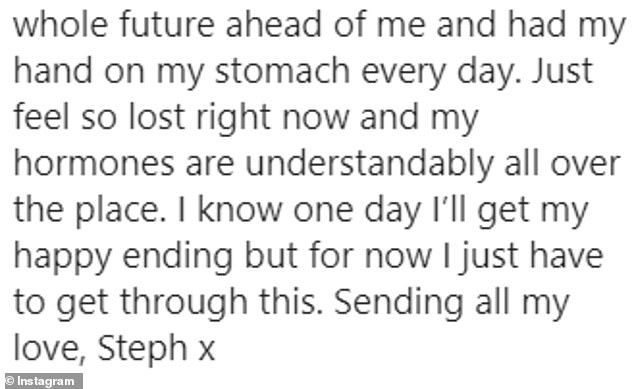 Devastating: She accompanied a short video with a caption detailing her miscarriage 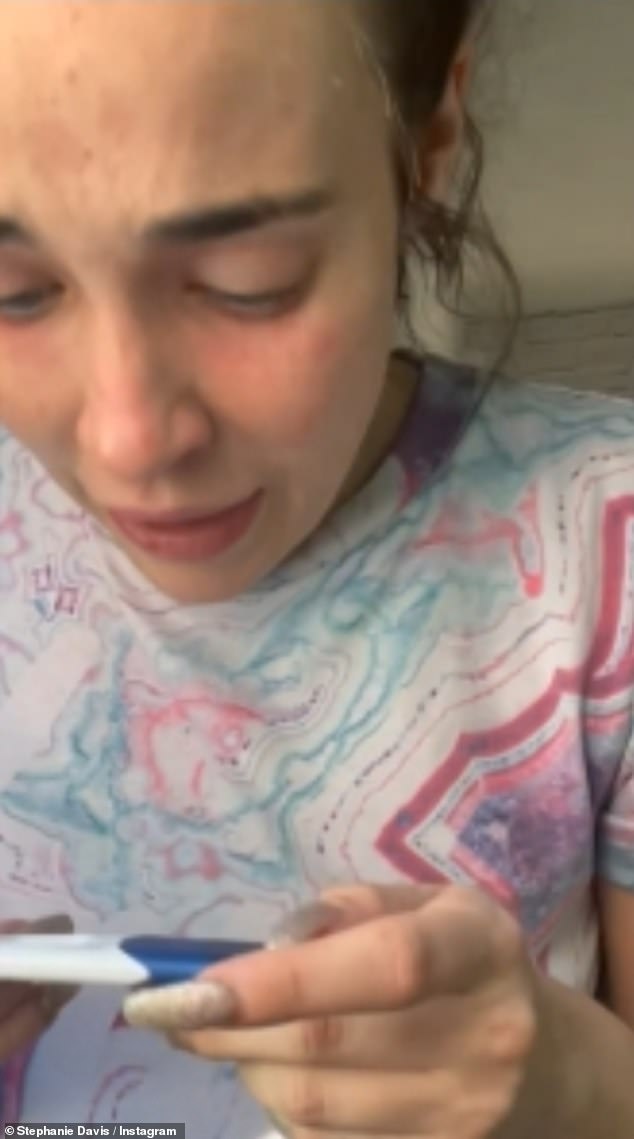 ‘I was so happy. Unfortunately I started getting pains and was under the hospital were they were keeping a close eye on on me.

‘Scans and lots of bloods later I had the dreaded phone call of the hospital saying that my levels were dropping drastically, and sadly my pregnancy is no more.

‘Then it was just the waiting game to start bleeding and loose what I dreamt about and was so happy about. I finally thought I had my happy ending. That’s why I’ve been quiet and today the dreaded pains and bleeding has begun, it makes it all real now that it’s over. 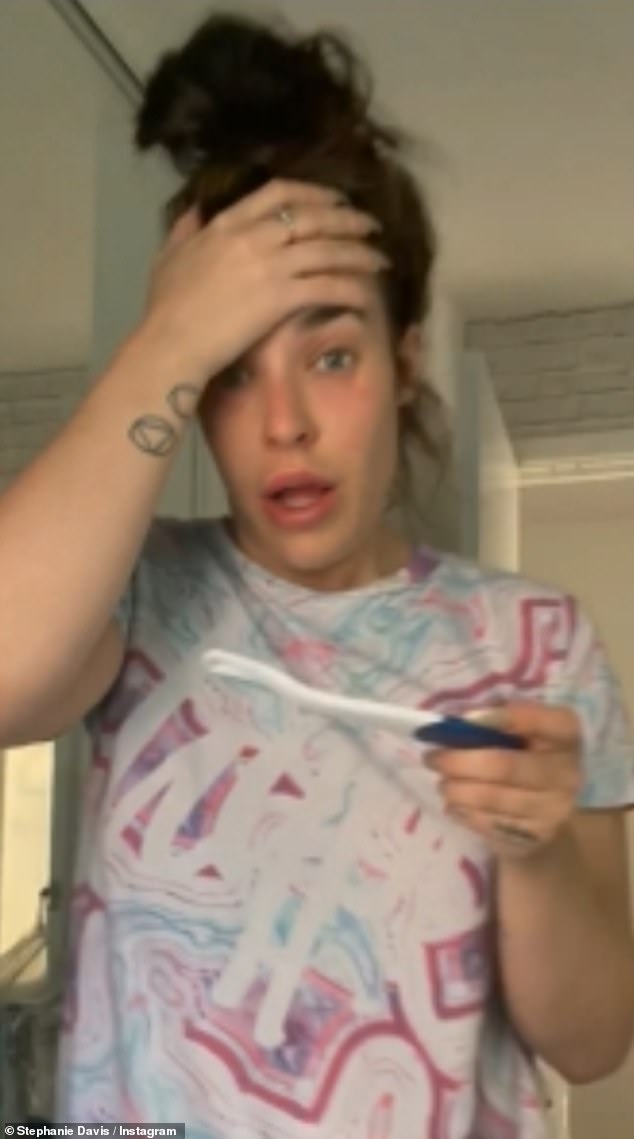 Awful news: Stephanie revealed that her hospital stay involved ‘scans and lots of blood’ and that she was told ‘her levels are dropping drastically and her pregnancy is no more’ 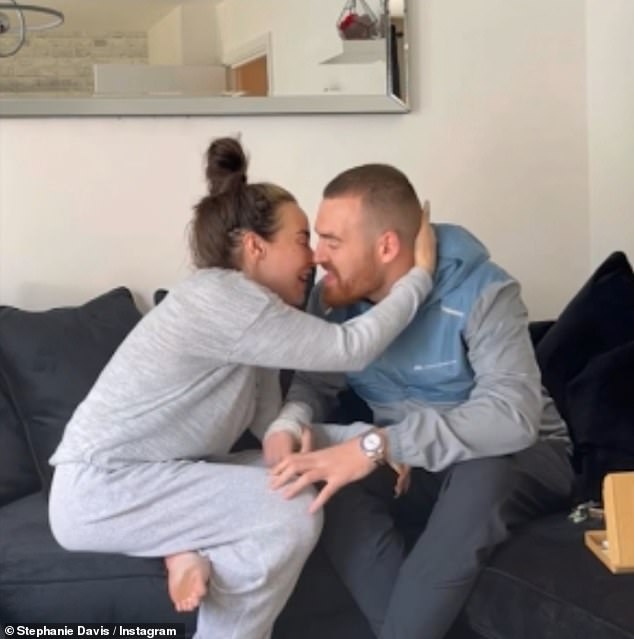 Tragic: The former Hollyoaks star could be seen sharing the news with her partner Oliver Tasker

‘I made this video that Ol and Cath actually had a good laugh at at the time when my hormes were all over the pace, it gave them a good laugh watching me watch it on repeat sobbing with my hormones watching it over and over lol, but I loved it.

‘My hormones were all over the place while I sat and re watched it over and over crying happy tears. 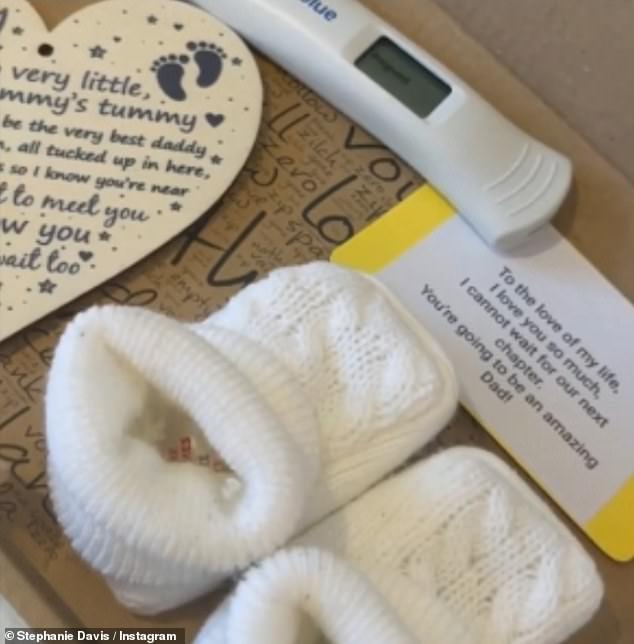 So sad: Stephanie explained she had hoped to end the video by capturing the moment she told her son Caben, four, that he was going to be a big brother 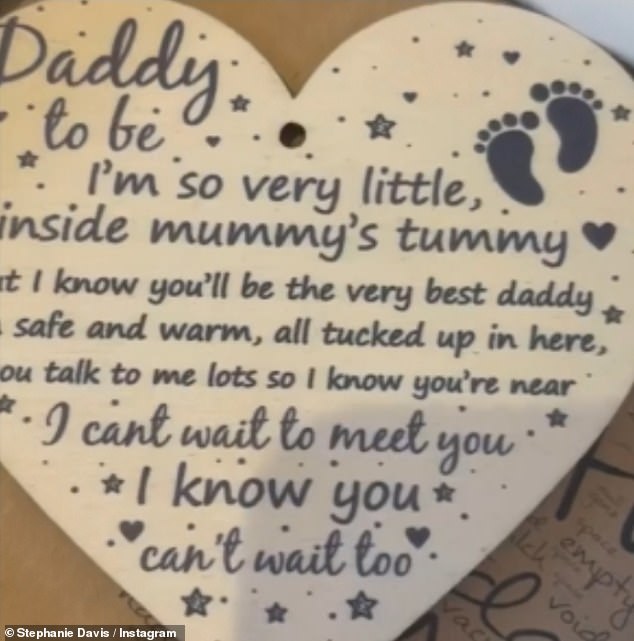 Heart-wrenching: Stephanie showed off her unborn child’s baby box in the footage

‘I was so excited to finally get to enjoy very second of my pregnancy and it be a happy thing, I never thought I’d have the strength to go through another pregnancy as with Caben it was a horrific traumatic time, but I guess you heal and I couldn’t wait to have my happy ever after with Oliver and Caben and our baby.

‘I know one day I’ll get my happy ending but for now I just have to get through this.’ 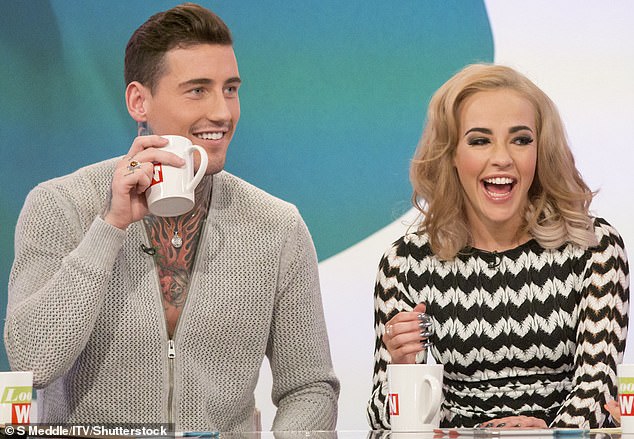 They embarked on a turbulent relationship during their time on Celebrity Big Brother in January 2016.

Jeremy was charged for domestic violence in August 2017 after being accused of assaulting Stephanie in a drug-fuelled row, and was sentenced to 20 weeks in prison, suspended for 12 months and 200 hours community service.

Meanwhile, she and Oliver went Instagram official with their romance in June. Oliver works as a buyer for Formby Cycles in Liverpool.

Alongside photographs of Oliver Stephanie simply wrote ‘You,’ followed by a single red love heart emoji. 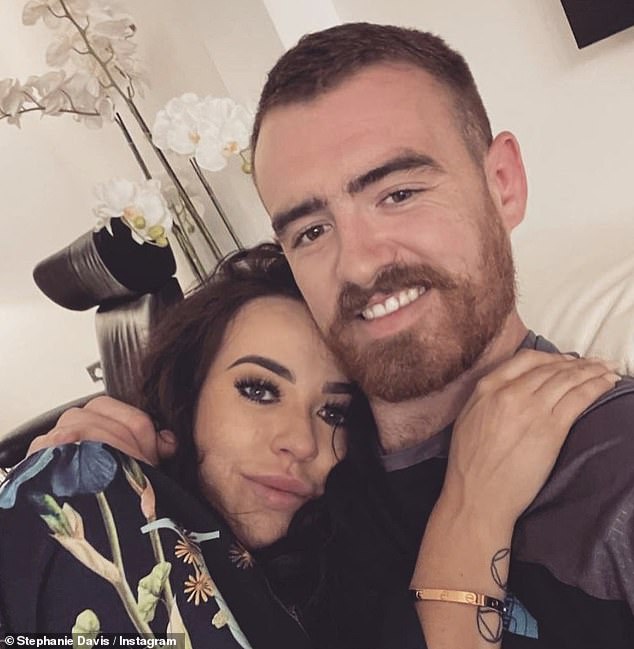 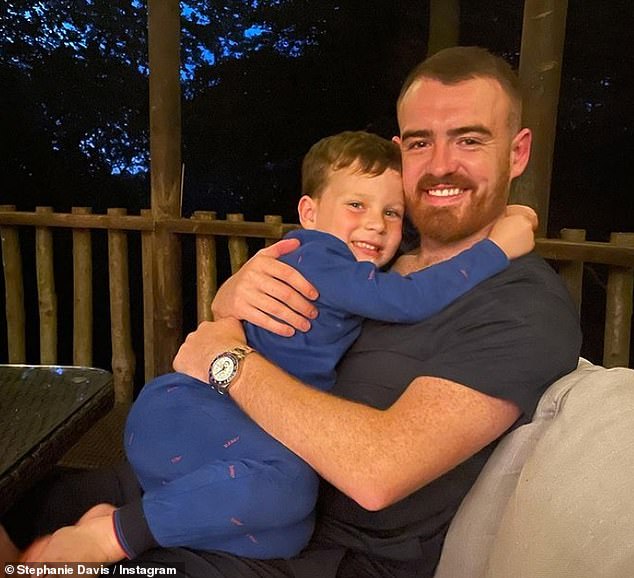 ‘You’: Alongside photographs of Oliver Stephanie simply wrote ‘You,’ followed by a single red love heart emoji (pictured: Oliver and Caben this month) 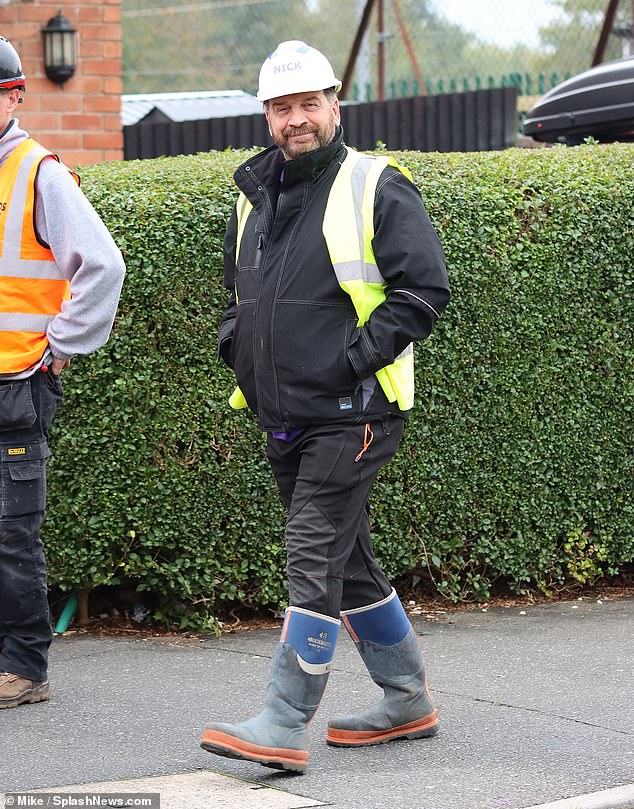 Women being spiked by injection in nightclubs: Priti Patel demands urgent answers from police
25 mins ago

British grandfather, 61, is killed trying to save his grandsons, seven and ten, in the sea off Crete
30 mins ago

Are ‘nature positive’ trips the next step in ethical tourism?
43 mins ago