Sometimes you accept a job offer and then realize it’s not the right fit or receive a better offer… either before you start the job or just after starting.

Don’t worry, I’m going to help you quit your new job hassle-free, including:

How to Quit a Job Before You Start

The best way to quit a job before you start is to call the hiring manager as soon as you’re sure of your decision, explain the situation, apologize, and be direct in your communication so they can move on and find a new candidate for the job.

If you’re unable to call, then send an email. However, a phone call to the hiring manager is best when quitting a job you haven’t started yet because it’s more personal.

While it can be stressful to leave a job before you begin, you should know that this is better than quitting a job after starting.

If you had already started the job, the employer would have invested time and effort into HR paperwork, training, setting up your desk or work area, etc. So in some sense, you’re saving the hiring manager time and hassle by quitting the job before you’ve started.

They won’t be happy to hear the news, but they’ll likely understand, and they’ll appreciate that you were upfront in telling them.

The bottom line is: While not good news to deliver, you don’t want to compound the problem by waiting, being unclear, etc. So be clear and inform them as soon as you’re sure.

And this likely won’t be the first time that a candidate accepted a role and then decided to take another job or go in a different direction. As long as you’re upfront and direct with the company, and apologetic about the situation, you’ll be fine.

Don’t be afraid to quit a job before you’ve started. You need to look out for yourself and your career at the end of the day because nobody’s going to care about that as much as you do.

However, don’t rush your decision, either. Only inform the hiring manager once you’re completely sure, since quitting a job before you start is typically permanent and irreversible.

Below, you’ll find a sample resignation letter for quitting a job you haven’t started:

I’ve been weighing my career options and realized that I need to take a different direction in my job search and won’t be able to start the <job title> position as planned. I apologize for the change and inconvenience caused, but I need to do what I feel is best for my career. I hope you understand, and again, I apologize for not realizing sooner. I hope you’re able to fill the position with somebody great.

Sample resignation letter #2 for a job you haven’t started yet:

I’m not going to be able to accept the <job title> position. I apologize, but I’ve decided to pursue a different direction in my job search and accept an opportunity that’s more in line with my long-term career goals. I apologize for the change and any inconvenience caused.

You can be as specific or as vague as you want when telling the employer the reason for changing your mind and quitting the job before you start.

I recommend telling the truth as much as possible, though. Don’t say you’re taking a different career direction if you’re accepting a position at the company’s closest competitor, for example.

In that case, I’d recommend saying something to indicate that you received a better offer, a high-level position, etc.

However, telling the truth doesn’t mean you’re obligated to share every little detail when leaving a job, either. Be strategic and choose what to share; just don’t lie.

For example, you can also simply say that you’ve decided to pursue a different opportunity, or decided to take a different direction in your job search/career. That’s vague but often true.

Now that we’ve covered how to resign from a position before you start, let’s talk about steps to follow if you’ve already started the role…

The Best Way to Quit a Job You Just Started

If you started a new job a few days ago (or even weeks/months) you can still quit by requesting a meeting with your manager and handing them a written resignation letter. If you’re a remote worker and cannot meet your manager in person, then ask for a phone or video meeting, inform them of your decision, and then follow up with a resignation letter via email.

While it’s nerve-racking to quit a job you just started, if it’s the right move for your career, then you owe it to yourself to do it.

I did this myself early in my career. I had accepted a job right after graduating with my B.S. in Finance, and then in the second week at this job, I received a different offer from an employer that was in a space more closely related to what I had studied in university.

I spoke to my manager and told him I’d like to give a two weeks notice, and while he wasn’t happy about the decision, he understood and appreciated my upfront communication.

As mentioned earlier, employers aren’t going to be happy about the news that you’re quitting soon after starting a job (or before starting). But you can make the situation a lot better by being clear, direct, and apologetic.

Here’s what I said, approximately (after requesting to speak to my manager in private):

I hate to do this, but I’ve received a job offer for a position that’s more closely related to what I studied in college. I think it’s the right move for my career and I wouldn’t be able to forgive myself if I didn’t take this opportunity. I’d like to submit my two week notice today. I’m sorry for the inconvenience and I recognize that this is not ideal for you.

When quitting your job after you just started, your employer will greatly appreciate if you can provide a two-week notice, since most employers consider this to be standard.

Your boss may not keep you working for those two weeks, especially if you’re still in training, but it’s a nice gesture and you should always offer the two-week notice period when quitting your job after you’ve started.

Mistakes to Avoid When Leaving a Job You Just Started

When you quit a job you just started a few days/weeks ago, there are a couple of key mistakes to avoid.

First, never tell your coworkers before informing your direct manager. This is good advice for how to quit your job in general; gossip travels fast in a company and you should always inform your manager first, even before friends in the company.

Otherwise, you run the risk of them finding out that you’re leaving the job through someone else before you deliver your two-week notice, and that’s not going to make them happy.

Next mistake to avoid: Don’t go into the conversation unprepared and without a plan. That’s a mistake that can cause you to say something you regret. So when you go to your boss to resign, you should have thought ahead about the following:

The final mistake to avoid when quitting a job you just started: Not thinking the decision through completely before you quit.

When leaving a job soon after joining, they’re very unlikely to take you back if you change your mind. So you want to make sure the new opportunity you’re taking is a good fit, and also meets your financial needs.

So that means thoroughly researching the employment contract/job offer at your new company, ensuring you understand the pay and benefits, etc.

The bottom line is: You can’t take it back after you quit a job you just started, or haven’t started yet, and you can’t fully fix your reputation with this employer, even if you’re extremely polite and apologetic. So be sure it’s the right long-term move before you decide.

Conclusion: The Right Way to Quit Your New Job

You now know how to quit a job before starting or just after starting. Remember that while not common, it does happen, and if you received a better offer or a career opportunity that you simply can’t turn down, then you owe it to yourself to pursue that opportunity.

Be prompt, upfront, and apologetic when delivering your resignation, and the employer will understand even though they won’t be thrilled about the news. That’s the best way to quit a new job on a positive note.

2021 NFL Draft: What the Jets didn't do and one thing New York definitely got right 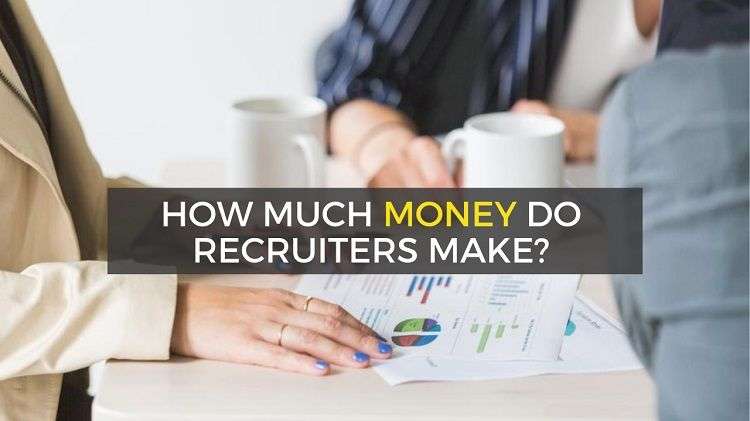 How Much Do Recruiters Make?

4 Pieces Of Career Advice All Recent College Grads MUST Know

How To Successfully Explain A Job Gap On Your Resume

Space: A total solar eclipse will take place this WEEK – but will only be visible in Antarctica
19 mins ago

Lee Elder, 1st Black Golfer To Play At The Masters, Dies At Age 87
35 mins ago