The regional Europe Stoxx 600 index switched between small gains and losses in early dealings, although it has gained almost 3 per cent this month thanks to optimism around the quarterly earnings season. London’s FTSE 100 was flat.

“Right now we seem to have enough earnings power on equity markets to offset macroeconomic headwinds,” said Marija Veitmane, senior strategist at State Street. “But of course rising interest rates will pressure valuations,” she added, referring to how income yields on low-risk government bonds influence what investors are willing to pay for stocks.

The yield on the benchmark US Treasury note, which moves inversely to its price, rose 0.02 percentage points to 1.656 per cent, its highest since May, ahead of the Fed releasing its Beige Book assessment of the US economy. Germany’s equivalent Bund yield rose a 0.01 percentage point to touch minus 0.1 per cent, close to its highest point of the year.

The US central bank has signalled that it is ready to reduce its $120bn of monthly bond purchases that have lowered borrowing costs and boosted equities since March 2020 from as soon as next month. Half of the Fed’s rate setters expect to raise interest rates from their current record low next year.

Futures markets indicated that Wall Street’s S&P 500 would trade flat in early New York dealings. The S&P closed 0.7 per cent higher on Tuesday. This took it just 0.4 per cent below its all-time closing high of early September, despite falling last month as markets were gripped by concerns about inflation and the Federal Reserve reducing its crisis-era monetary stimulus.

In currencies, sterling was flat against the dollar at $1.38 after data showed UK consumer price inflation declined slightly to an annual rate of 3.1 per cent in September from 3.2 per cent the previous month. The UK currency jumped by as much as 0.7 per cent against its UK counterpart on Tuesday as traders bet on a higher inflation rate that would steel the Bank of England’s resolve to raise interest rates.

“Today’s data release shows continued elevated inflation pressures in the UK,” Liberum strategists Joachim Klement and Susana Cruz commented in a note to clients. “The Bank of England will need to hike interest rates in December and likely also in February to rein in inflation fears.”

The dollar index, which measures the US currency against six others, traded flat. Brent crude, the oil benchmark, fell 0.7 per cent to $84.49 a barrel. 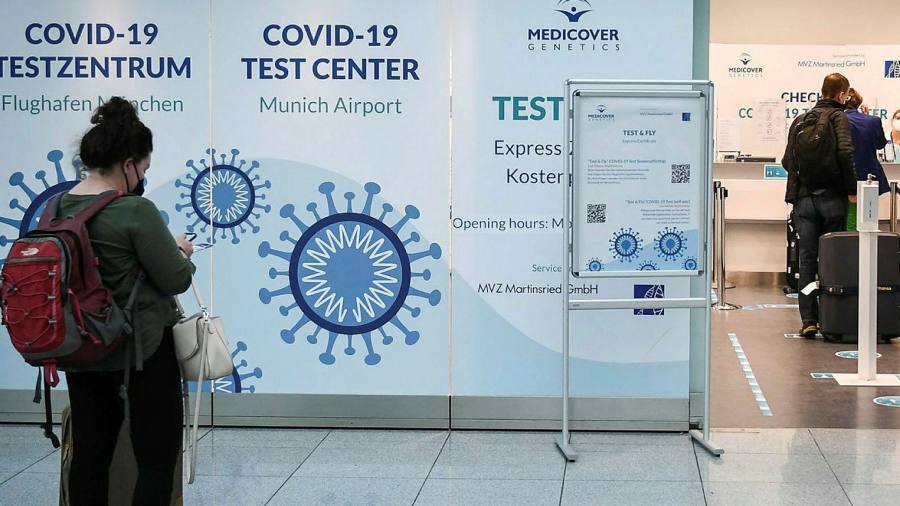 WHO calls for balanced response to new virus variant

LaLiga: Barcelona FINALLY secure their first away win of the season
53 mins ago

PIERS MORGAN: Lord Sugar and I both love a good scrap, but it was time to end our feud
54 mins ago