In 2021, a record number of people signed up to take part in the Veganuary, a challenge that encourages meat-eaters to adopt a plant-based lifestyle throughout the month of January.

Organisers suggested that the surge could have been due to larger numbers of people experimenting with animal-free diets during the coronavirus pandemic.

And if you’re planning to join the swathes of plant-based foodies for January 2022, you’ll be pleased to know that it’s now easier than ever to buy vegan-friendly foods.

Even a few years ago consumers struggled to find alternatives such as soy milk in the supermarkets, but now retailers have started to expand their vegan offerings to keep up with demand, meaning you can get your hands on almost anything, from vegan meat and cheese to chocolate and ice cream.

Known for its delicious range of pre-prepared vegan frozen meals, allplants has launched a resolution box to help you smash the Veganuary challenge. You can select any six meals for your subscription, including breakfasts, dinners, sides, desserts and snacks.

Alongside this, the brand has also launched its advice page, which shares tips on going plant-based, including the highs and lows of goal setting, missing cheese and everything in between. It’s well worth a look should you reach a lull. Allplants earned a spot in our round-up of the best vegan subscription boxes, too, so it’s safe to say we’re big fans of the service.

Budget supermarket Aldi has gone all out with its vegan range this year. It currently has a large range of items to choose from on its website, including spicy chicken burgers (£1.99, Aldi.co.uk) and vegetable fingers (£1.09, Aldi.co.uk), as well as plant-based milk alternatives.

But the thing that’s really caught our attention is its first-ever vegan cheese (£1.39, Aldi.co.uk), which the brand says tastes just like cheddar and is made using coconut oil.

If you’re after a cheesy snack this Veganuary, but you can’t get your hands on Aldi’s plant-based cheddar, then we’ve got some good news: Babybel has launched a vegan version. Instead of being wrapped in the signature red wax, the all-new snack has a green case.

Just when we thought we couldn’t get any more excited about the new vegan food hitting our shelves, Burger King has launched vegan nuggets. The news comes after the fast food chain launched its plant-based burger two years ago, and it’s part of its pledge to make half of its menu meat-free by 2030.

Should you be looking to get a quick bite on the go, coffee house Caffé Nero has partnered up with plant-based meat brand This – a favourite of ours here at IndyBest, with its sausages (£2, Morrisons.com) landing a spot in our guide to the best vegan meat alternatives – to up its vegan offering.

Available in store from 6 January

The coffee shop chain already has a particularly strong vegan menu, and it’s once again teaming up with the Bosh! team to launch a chocolate and pecan slice, made with a tiffin base, dark chocolate and biscuit pieces.

If you’ve not got a sweet tooth, then you’ll be glad to know that it’s launched a vegan macaroni cheeze, and its BBQ chick’n panini will be returning for yet another year.

The limited-edition menu is available in store until the end of January.

The brand launched its first-ever original glazed vegan doughnut (£10.95, Krispykreme.co.uk) last year, and now for 2022 it has only gone and introduced three new flavours, so you won’t have to miss out on your favourite doughy delicacy.

The treats on offer are fudge brownie bliss, caramel choc delight and apple crumble. They can be bought separately in-store, or as part of a dozen box (£14.45, Krispykreme.co.uk) online.

If you’re looking for an easy working-from-home lunch, its new vegan ready meals (£1.99, Lidl.co.uk) look like they’ll do the trick, with the option of chilli sin carne, lentil curry and bulgur mix.

That’s not all though – there are also vegan cold cuts and sausage slices, with prices from 99p.

This isn’t just any vegan range, this is the M&S vegan range. The retailer has just added a whopping 175 plant-based food products to its range.

The goodness doesn’t stop there, because it has expanded its range of vegan pizzas for Veganuary, including a sourdough hot and spicy (£5, available in store now) flavour, which is topped with plant-based pepperoni, jalapeno and chillies – delicious.

If you’re on the move, you need not worry because its brand new VLT (£3.50, available in store now) is made from wheat and pea protein, vegan baconnaise lettuce and tomatoes all sandwiched between soft malted bread.

As for dessert, the showstopper here are the vegan cake jars (£4, available in store now). Following the Colin the Caterpillar jars that were launched earlier this year, M&S has developed a plant-based option. It’s a chocolate sponge cake layered with frosting, sauce and decorated with dark chocolate.

News that Morrisons was scrapping use-by dates on milk in favour of ‘sniff test’ certainly put the supermarket on our radar this month. But its new vegan range is equally as newsworthy.

It’s launched a 50-strong plant-based food range called, Plant Revolution. The items in the line-up include ready meals, meat substitutes and on-the-go options. The butternut squash and chickpea curry (£3, Morrisons.com) and the veggie paella (£3, Morrisons.com) both look like they’d be great options for when you’re not in the mood to cook up a storm.

This year the takeaway food brand is bringing you a brand-new limited-edition pizza: the vegan all day breakfast, topped with baked beans, mushrooms, vegan sausage, potatoes and of course, vegan cheese.

Pasta Evangelists took the top spot in our guide to the best recipe boxes as it provides a way of whipping up a “restaurant-quality meal in minutes”, so it’s clearly one you can rely on when it comes to a delicious dinner.

Much like Caffé Nero, the pasta subscription service has this year partnered up with plant-based meat brand This to launch an all-new nonna-worthy dish: vegan carbonara of dreams (from £7, Pastaevangelists.com).

The decadent spaghetti comes with a creamy sauce that looks as though it’ll be as good as the real thing. It’s available for a limited time only, from 10 to 16 January, so you’ll want to act fast.

Are you missing cream cheese and cannot find a plant-based alternative? Well, you’re in luck because Philadephia launched a vegan version of its famous soft cheese (£2.50, Tesco.com). The recipe combines oats and almonds into a tasty and creamy spread, with the brand claiming it’s as good as the OG. We’ll give it a try and see.

After last year’s Meatless Marinara, we were eagerly awaiting Subway’s Veganuary range, and it has arrived with a bang. The fast-food sandwich chain has debuted two new vegan meat options for 2022.

The first that caught our eye was TLC (tastes like chicken) tikka, while the TLS (tastes like steak) sounds equally as delicious. The limited-edition vegan meats are part of a trial and will be available in 350 stores until 15 February, so keep your eyes peeled.

Starbucks UK has finally dropped its alternative milk levy, and it has also introduced three new oat milk latte flavours, including a strawberry and vanilla version (£3.35, available in store now).

For something a little sweet, you’ll also be able to find a pecan and caramel brownie to enjoy with your coffee.

Veggies and vegans are likely to already be acquainted with Quorn – a brand known for its excellent meat substitutes. And now it’s just launched five brand new products.

For the latest discounts on food and drink, try the links below:

Looking for more Veganuary tips? Here’s everything you need to smash the challenge

IndyBest product reviews are unbiased, independent advice you can trust. On some occasions, we earn revenue if you click the links and buy the products, but we never allow this to bias our coverage. The reviews are compiled through a mix of expert opinion and real-world testing.

‘Most people are going to get Covid’ US health chief admits 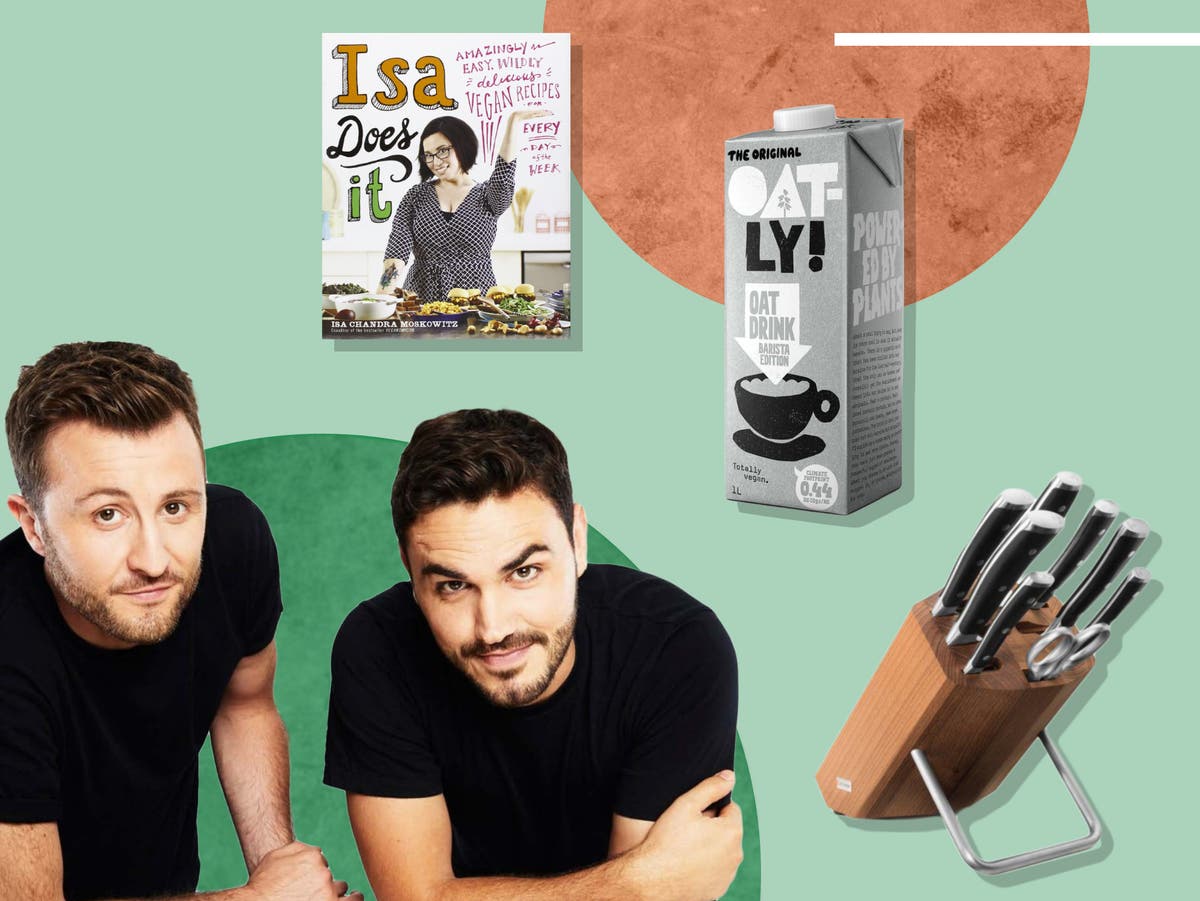 The Bosh! boys reveal the vegan products they can’t live without 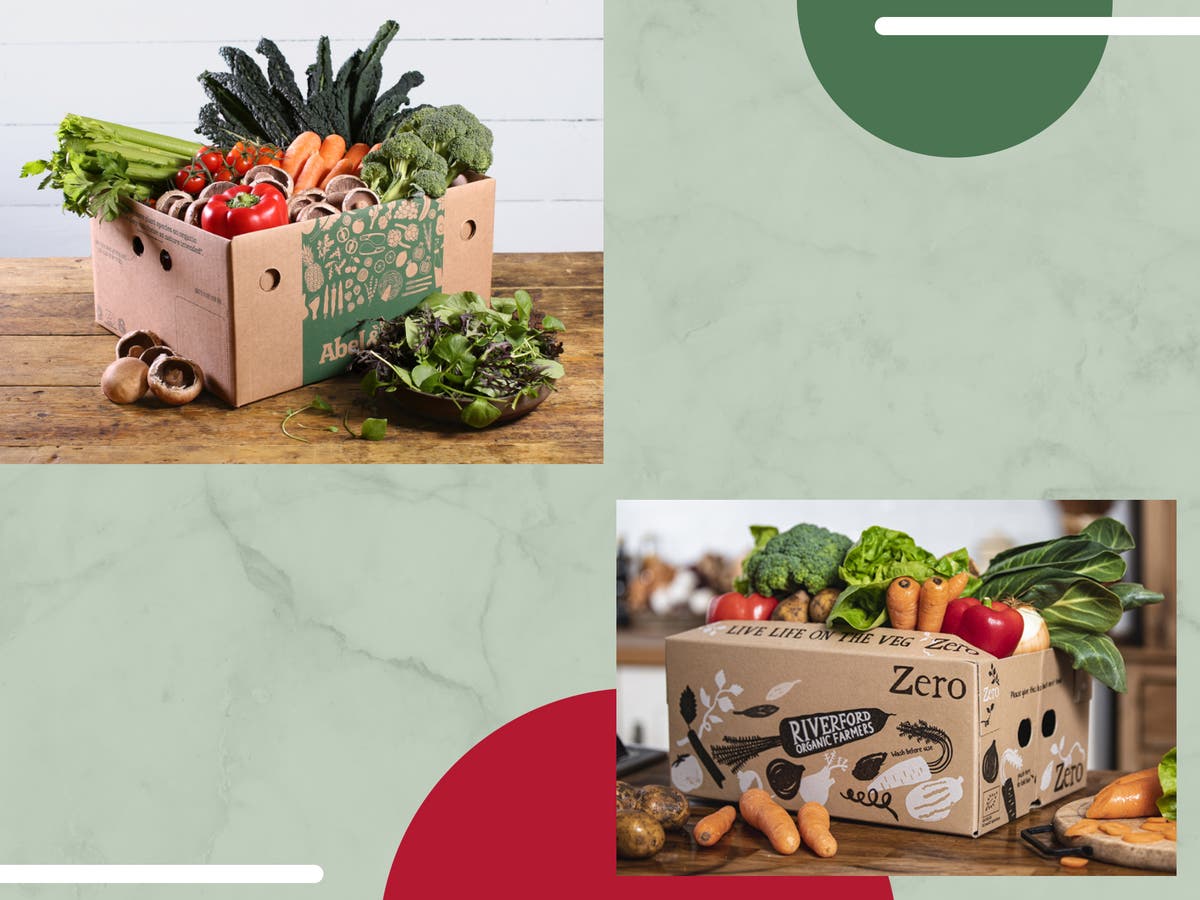 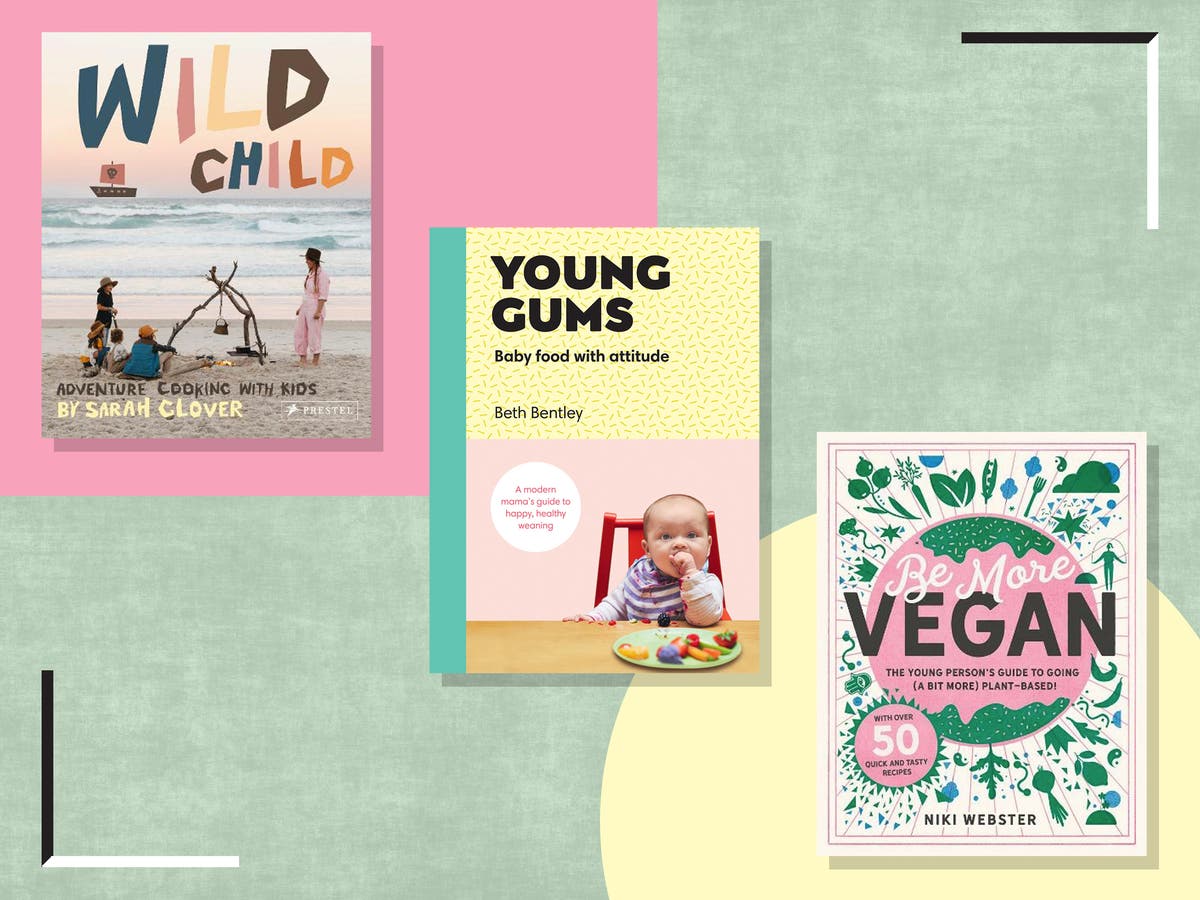 10 best kids’ cookbooks to get them excited about food 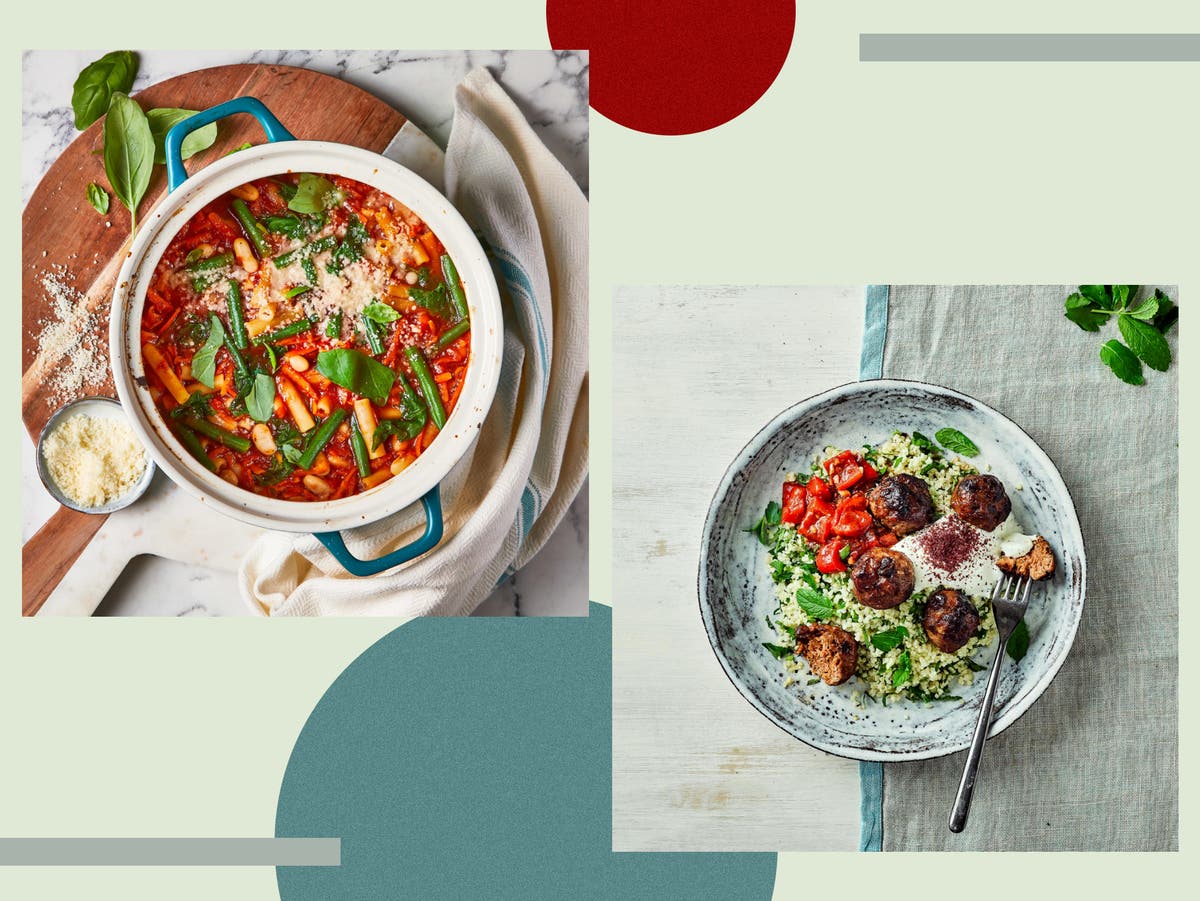 How to get 65% off at Gousto, one of our favourite recipe boxes

1 week ago
Check Also
Close
Featured Posts
How can young adults get themselves out of debt?
13 mins ago