The UK’s top scientific advisors have only met twice in the last three months, it was revealed today amid fears a fourth Covid wave is just around the corner.

SAGE, which has guided the Government through the Covid pandemic, last met on  October 15.

The October meeting was the second in as many months, with the influential panel last coming together before that on September 9.

Chief medical officer for England Professor Chris Whitty (left) and the Government’s chief scientific adviser Sir Patrick Vallance (middle) are two of the highest profile members of Sage which provides prime minister Boris Johnson (right) scientific advice on how best to handle the Covid pandemic. The group has only met twice in the last three months as cases and deaths from the virus begin to rise to levels not seen since the second wave

How often has Sage met since last July?

October: One meeting on the 15th

September: One meeting on the 9th

June: Two meetings, on the 9th and 3rd

April: Two meetings, on the 8th and 22nd

Labour today claimed it ‘beggars belief’ as to why Sage was ‘effectively stood down’, with cases having soared to a three-month high of around 45,000.

There were 223 recorded deaths from the virus in the UK yesterday, the highest total since March, a month in which Sage met three times alone.

And there are concerns about the rise of a new Delta variant of the virus in the UK. The variant called AY.4.2, could be up to 10 to 15 per cent more infectious than its ancestor.

This, combined with a slow rollout of the Covid booster programme, with nearly 5million vulnerable adults yet to receive theirs, indicates there may be some dire weeks to come in Britain’s fight against Covid.

SAGE meetings have diminished in frequency since February, when the second wave was just starting to fizzle out. Since then the group has mostly met thrice or twice a month but August this year was the first time the group did not meet at all since the pandemic began.

In comparison, SAGE met four times in August 2020, six times in September 2020, and five times in October last year as the country headed into the colder months and the onset of the second wave of the virus.

It contains some of the UK’s leading epidemiologists, virologists and other health experts, with meetings also regularly attended by government officials.

At meetings they analyse the latest trends of how Covid has been spreading in the UK, and the latest research into the virus and how it can be contained and treated.

MailOnline contacted SAGE for comment on the infrequency of meetings in the last few months.

Whitehall sources told the i that the ‘meeting rhythm’ of Sage was determined by a combination of ‘government demand for scientific advice on particular issues’ and of the ’emergence of new evidence’.

The head of the NHS today said the health service was never overwhelmed by Covid during the height of the pandemic.

However, medics who worked on the frontlines during the first and second waves of immediately slammed their boss, accusing her of ‘gaslighting’.

Mrs Pritchard also warned the NHS is on course for a ‘tough winter’ and that a rise in Covid-infected patients would have a knock-on effect on how much other, planned care could be carried out.

She suggested pressures on the health service could see thousands more hospital treatments cancelled. More than 1.5million NHS ops were cancelled or delayed due to the chaos of the pandemic.

Her comments were echoed by Health Secretary Sajid Javid, who told MPs there is ‘huge pressure’ on the health service in England.

Mr Javid admitted there are ‘shortages’ of 999 call handlers after ex Health Secretary Jeremy Hunt raised the issue in the House of Commons.

The College of Paramedics claimed ambulances have been forced to wait outside of hospitals because of packed A&E wards, and warned that the problems will only get larger as winter demand picks up.

This rhythm has changed ‘continually’ during the pandemic, the source said, but there was now a ‘reducing tempo given the lessened demand for science advice as our understanding of key science questions improves, the epidemic evolves and capabilities within government increases’.

‘This week we have seen infections at around 50,000 a day, warnings of waning vaccination and a faltering jabs programme which when combined with fear over flu should be taken as flashing warning lights for ministers,’ he said.

‘Learning to live with the virus is not the same as pretending the virus doesn’t exist. To hear that Sage has effectively been stood down beggars belief.’

Yesterday, No10 said a further 223 people had died within 28 days of testing positive for Covid — bringing the UK’s total death tally to 138,852.

While the numbers are often higher on Tuesdays because of a lag in reporting deaths and cases over the weekend, this is the highest figure for daily reported deaths since March 9.

Meanwhile, the seven-day average for cases is standing at around 44,145 per day — the highest level for almost three months.

SAGE has been slammed in recent weeks, with a damning probe into No10’s handling of the Covid pandemic earlier this month finding it failed to challenge the panel’s ‘groupthink’, leading to the virus ripping through Britain.

In a devastating verdict, the report insisted the deadly delay in imposing the first national lockdown was ‘because of the official scientific advice the Government received, not in spite of it’.

It added that an ‘over-reliance on specific mathematical models’ – many of which were later proved to be wildly inaccurate – was a key factor in the UK’s disastrous response to Covid.

In the early days of the pandemic Boris Johnson consistently stuck to the mantra that his Government was ‘following the science’.

The rise in Covid deaths and cases have prompted some to call for the Government to enforce a a ‘Plan B’, which would bring back mandatory face masks and more working from home in order to avoid a ‘winter crisis’.

Mr Taylor said the NHS is preparing for what could be ‘the most challenging winter on record’ and risks ‘stumbling into a crisis’ after a continued rise on coronavirus cases over the past week amid fears the booster jab rollout is going too slowly.

He also said that the UK should replicate the ‘national mobilisation’ that the UK ‘achieved in the first and second waves’.

Mr Taylor suggested Britain would be unable to tackled the record-breaking NHS backlog of 5.7million patients waiting for routine surgery without implementing the alternative winter Covid plan. Hospital bosses have already warned the waiting list will not be cleared for at least five years.

But Business Secretary Kwasi Kwarteng today said the Government does not ‘feel that it’s the time for Plan B right now’, echoing No10’s official stance yesterday.

Mr Kwarteng said he would continue to urge people to wear face masks in public and conceded the slow uptake of coronavirus booster jabs is ‘something that we really need to address’. 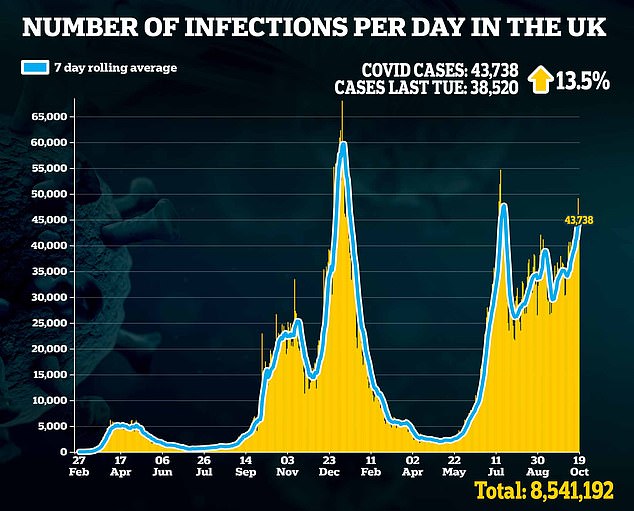 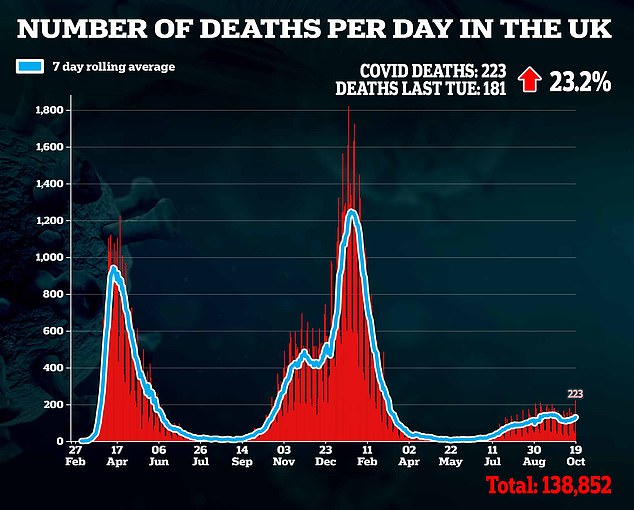 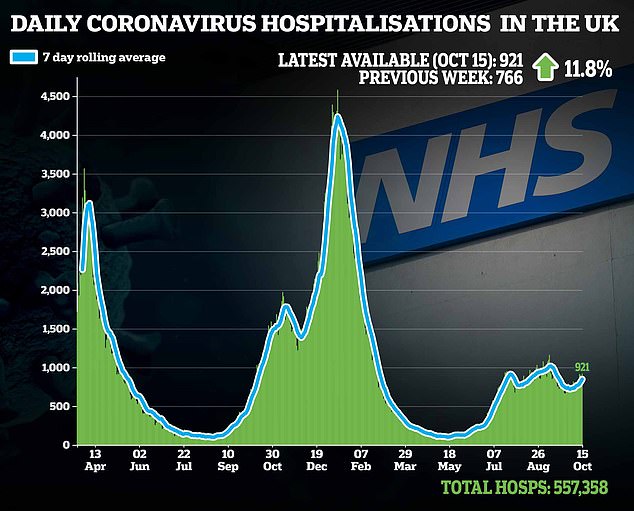 Ministers failed to challenge flawed advice from Government scientists which allowed Covid to rip through Britain, the damning inquiry concluded.

Today’s report said the UK’s failure to lock down early enough stemmed from ‘false groupthink’ among members of the Scientific Advisory Group for Emergencies (Sage).

In a devastating verdict, the report insisted the deadly delay in imposing the first national lockdown was ‘because of the official scientific advice the Government received, not in spite of it’.

It added that an ‘over-reliance on specific mathematical models’ – many of which were later proved to be wildly inaccurate – was a key factor in the UK’s disastrous response to Covid.

In the early days of the pandemic Boris Johnson consistently stuck to the mantra that his Government was ‘following the science’.

However, the inquiry suggests much of this early advice from Sage was wrong – but ministers ‘felt it was difficult to challenge the views of their official scientific advisers’.

On March 12, 2020, chief scientific adviser Sir Patrick Vallance told a Government news conference it was not possible or desirable to stop everyone being infected.

And at a Sage meeting the next day – ten days before lockdown – members were ‘unanimous that measures seeking to completely suppress spread of Covid-19 will cause a second peak’.

The report said: ‘Modelling at the time suggested that to suppress the spread of Covid-19 too firmly would cause a resurgence when restrictions were lifted.’

It criticised a ‘degree of groupthink’ which meant that ‘during this period Government policy did not deviate from the scientific advice it received in any material respect’.

The report said that in the days leading up to the first lockdown ministers and advisers ‘experienced simultaneous epiphanies that the course the UK was following was wrong, possibly catastrophically so.’

Sage only recommended a full lockdown when a study led by Professor Neil Ferguson, of Imperial College London, said an unmitigated epidemic could result in 510,000 UK deaths.

MPs said it was ‘astonishing’ this had taken so long when most other nations had already imposed stay-at-home orders.

Brazil's President Jair Bolsonaro should be charged with 'crimes against humanity' 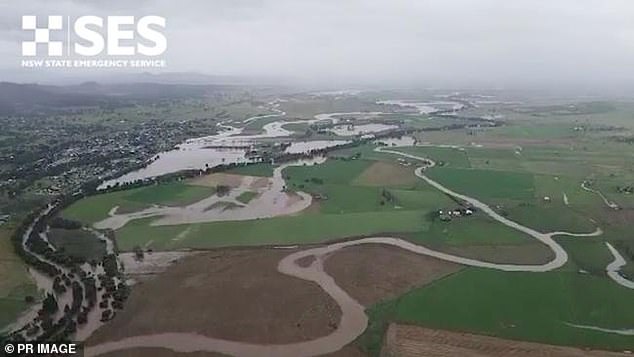 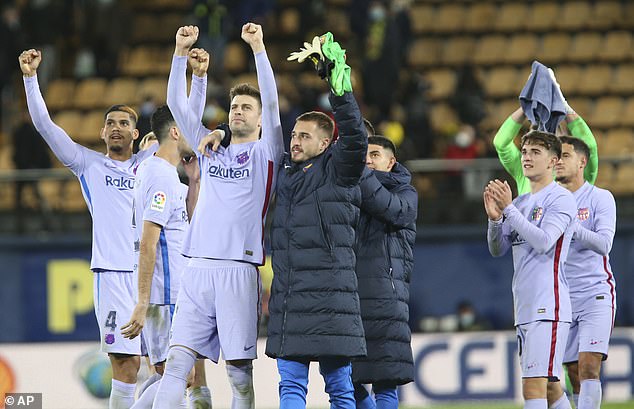 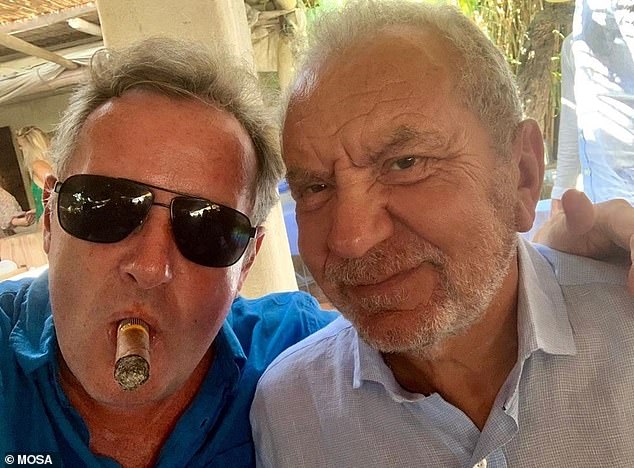 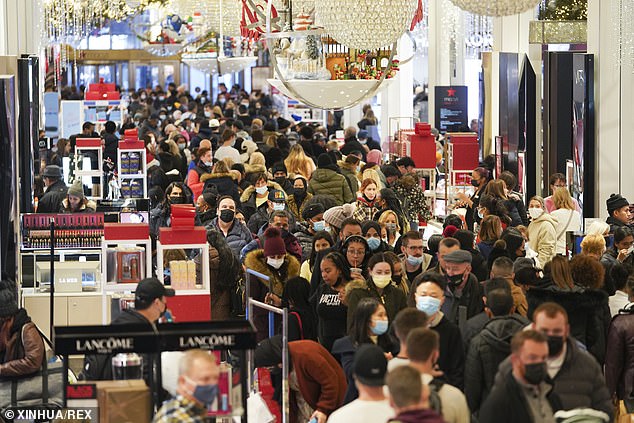 Floods to cause chaos in Australia’s eastern states for days, sparking widespread evacuations
24 mins ago

PIERS MORGAN: Lord Sugar and I both love a good scrap, but it was time to end our feud
1 hour ago