The final international window of the year is here and with it comes the second round of CONMEBOL matches – the proverbial boiling cauldron of World Cup qualifiers. From a competitive standpoint, there is nothing like this cycle and regardless of empty stadiums, last month’s fixtures proved that these nations continue to bring intensity and entertainment.

It’s important to remember the logistical and medical complications that come with these matches. Due to COVID-19 and travel regulations from respective nations from all over the world, the availability of squad members has been a major obstacle for managers. Specifically, for South Americans who play in Europe, this has been tough to figure out. Not to mention the issues that come when they have to return to their clubs and potentially offer another hurdle if they contract the virus. Chile, for example, had to figure out how to get Arturo Vidal and Alexis Sanchez from Italy, where the travel restrictions are extremely – and justifiably so – strict. In the end, they made it to Santiago (nothing a private jet can’t fix) while Lionel Messi, Angel di Maria and Leandro Paredes also arrived in Buenos Aires from Europe. Many more stories from all over the continent showed how pressure from South American federations led the way, so hopefully, they are just as aggressive in protecting their players and members of staff during this window.

Despite the difficult circumstances, these are big games coming up. After these matches there is a long period of time before these teams assemble again. What happens now will dictate the shape of the World Cup qualifying race for months to come.

Let’s take a quick look at some of the storylines based on the current standings.

Brazil (vs. Venezuela, at Uruguay)

Argentina (vs. Paraguay, at Peru)

Brazil and Argentina started perfectly last month and will look to build on their momentum in this window. For Brazil, however, there are some key absentees including Phillipe Coutinho, Casemiro (who recently tested positive for COVID-19) and Neymar Jr. The Paris Saint-Germain star did travel with the squad, but he is currently recuperating from an injury he suffered in the Champions League. He won’t feature against Venezuela in Sao Paulo per the Selecao’s team doctor Rodrigo Lasmar, but the game against. Uruguay might be a possibility. Even without Neymar, due to the depth in talent, coach Tite should have no problem against ninth-placed Venezuela, so Uruguay remains the priority. It certainly helps to have the Premier League duo of Alisson and Gabriel Jesus returning to the squad after missing out last month.

Argentina look much better under Lionel Scaloni and they showed a collective sense of unity against Ecuador and Bolivia – two very difficult teams to play against, especially the latter, when Lionel Messi had to fight hard in the Andes for three precious points. The side has grit now to combine with its creativity and that’s nothing but good news for La Albiceleste, especially with Di Maria back in the squad. This round, however, comes with tricky opposition as Paraguay and Peru are resilient enough to fight back. The key for Argentina once again will be the midfield and the degree to which the rest of the side can help lighten the load on Messi. If, somehow, Scaloni can find a way for the Barcelona star to link with Inter Milan’s Lautaro Martinez, Argentina can realistically consider themselves one of the best teams in the world. The addition of Ajax defender/utility man Lisandro Martinez is also a welcome addition.

The Next in Line

Colombia (vs. Uruguay, at Ecuador)

Paraguay (at Argentina, vs. Bolivia)

Ecuador (at Bolivia, vs. Colombia)

It’s still early but Colombia, Paraguay and Ecuador should be relatively happy, especially the latter two teams. Colombia is in a fine position, with a four points from their first two matches, but the defensive issues surfaced against Chile in their 2-2 result in October are cause for, if not alarm, at least caution. It took a stoppage time goal from Radamel Falcao to salvage a point. But, Falcao will not be part of this window due to hamstring issue so Carlos Queiroz replaced him with Luis Suarez – no, not that Luis Suarez – the 34-year-old striker from Spanish side Granada. After being unable to travel last time around due to Napoli’s restrictions, David Ospina returns to the squad while Everton’s James Rodriguez and Yerry Mina, Tottenham’s Davinson Sanchez, Juventus’ Juan Cuadrado and Duvan Zapata from Atalanta are all there, ready to cause some mayhem. The first game will be a tough one, however, as Uruguay comes to Barranquilla.

Paraguay, quite honestly, surprised a few people as they showed a tremendous amount of resilience against Peru (a game they drew 2-2 but easily could have won) and earning a victory away at Venezuela. The side pulled off the difficult trick of being both aggressive and compact while choosing the right moments to take risks and not always relying on Newcastle United’s Miguel Almiron. But now comes a real test as Eduardo Berrizo’s side travels to the Bombonera to play Argentina. Amazingly, history might be on their side as Paraguay haven’t lost to Argentina in Buenos Aires since 1973. In fact, last cycle, during the Russia qualifiers, the Guarani side got the best out their opponent twice, winning 1-0 away and earning a 0-0 result in Asuncion. We’ll see if this trend continues.

Ecuador have had to deal with a mountain of inconsistency due to coaching changes and a transitional squad, but looked good last time around. A tight 1-0 loss to Argentina was followed by a very impressive 4-2 win against Uruguay. Ecuador were outstanding in that game and showed how much promise they have due to their talented roster (see Gremio’s Moises Caicedo and Toluca’s Michael Estrada). This time around there are some new additions including the young midfielder Adolfo Munoz, now adding to the list of five LDU Quito players in the team. The combination of domestic and international talent is probably a reason why this squad continues to develop. Times are early, and La Paz’s altitude and a home fixture against Colombia will be a good test for this side.

Time to see who you really are

Uruguay (at Colombia, vs. Brazil)

Chile (vs. Peru, at Venezuela)

Peru (at Chile, vs. Argentina)

Uruguay, Chile and Peru enter this round with an air of uncertainty around how good they actually are. Uruguay needed a stoppage time goal from Maxi Gomez and very poor officiating to beat an aging Chile at home and then followed that up with an alarming loss against Ecuador. These next two matches will be pivotal to see where Oscar Tabarez stands with his players. It won’t be easy as Uruguay have to face two big teams without some key players. Real Madrid’s Federico Valverde is out due to a leg fracture, and Maxi Gomez and Sebastian Caotes will also miss out.

If there’s one game you want to watch in order to truly understand the meaning of intensity, then Chile’s game against Peru – the Pacific Derby – is a must watch. Last time these two rivals met was in the semifinals of last summer’s Copa America where Peru outplayed La Roja 3-0. But these are different times now and both teams, each with only a single point from qualifying so far, are looking for their first victory of the campaign. This is where an empty stadium might prove to be an advantage for La Blanquirroja, who now welcome a complete squad minus the injured Paolo Guerrero. Luckily for Peru, Gianluca Lapadula, the Italian-Peruvian striker (born in Turin to an Italian father and a Peruvian mother) from Benevento arrives for the first time with the squad after being approved a one-time switch from FIFA and getting his papers in order. Lapadula possesses similar traits to Guerrero, providing Peru with a strong No. 9.

They’re going to need it as Chile will be extremely ready for this and Reinaldo Rueda has brought all the well known players back. After convincing Jean Beausejour to return after officially announcing his retirement, he also welcomes back veteran stopper Claudio Bravo. Arturo Vidal, Alexis Sanchez and Erick Pulgar should all be available after being allowed to travel from Europe but they’ll miss Gary Medel and Charles Aranguiz.

Once again, this is a must watch.

Venezuela (at Brazil, vs. Chile)

Bolivia (vs. Ecuador, at Paraguay)

The one part of this narrative we are not surprised by is the bottom of the table. Sadly, both Venezuela and Bolivia – both with two losses already – continue to show massive vulnerability, and with some tough matches coming up, it might be difficult to see if this will be rectified. For La Vinotinto, however, there is some good news as Salomon Rondon returns. The veteran striker wasn’t allowed to travel last month due to restrictions in China (where he now plays) but he’s back now, looking to help his side recover some momentum. They’re going to need it too as right from the get-go, an away trip to Brazil beckons. Bolivia, sadly, has to mainly rely on the Andes and La Paz’s altitude once again. They gave Argentina a good game before losing 2-1 so hopefully they can take solace in knowing that they nearly beat Messi and co. had it not been for some lackadaisical defending.

2020 NFL Playoff Picture: Here are the projected postseason chances for all 32 teams heading into Week 10 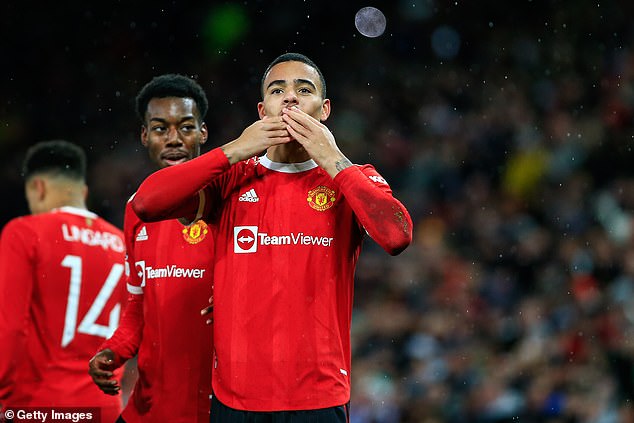 Wife of accused submarine spy wanted to leave US because of Trump, lawyer says
14 mins ago