An official says at least 6 people have died in a stampede outside a stadium in Cameroon ahead of an Africa Cup of Nations match.

Naseri Paul Biya, governor of the central region of Cameroon, added that there could be more casualties.

Multiple supporters have reportedly been hospitalised too, with images on social media showing fans breaking through gates ahead of Cameroon’s match against Comoros on Monday evening at the Olembe Stadium in the Cameroon capital of Yaounde.

There have been reports of a crush as people made their way into the stadium, with reports of up to 40 injuries and news outlet LSI Africa reporting that those injured have been transported to the nearby Messassi Hospital.

Officials at the nearby hospital said they had received at least 40 injured people from the stampede.

‘Some of the injured are in desperate condition,’ said Olinga Prudence, a nurse.  ‘We will have to evacuate them to a specialised hospital.’

Officials said around 50,000 people had tried to attend the match. The stadium has a capacity of 60,000 but it was not meant to be more than 80 per cent full for the game due to restrictions on the size of the crowd because of the coronavirus pandemic.

Despite the incident, the match did kick-off on time as Cameroon beat Comoros 2-1 to seal their place in the Africa Cup of Nations quarter-finals. 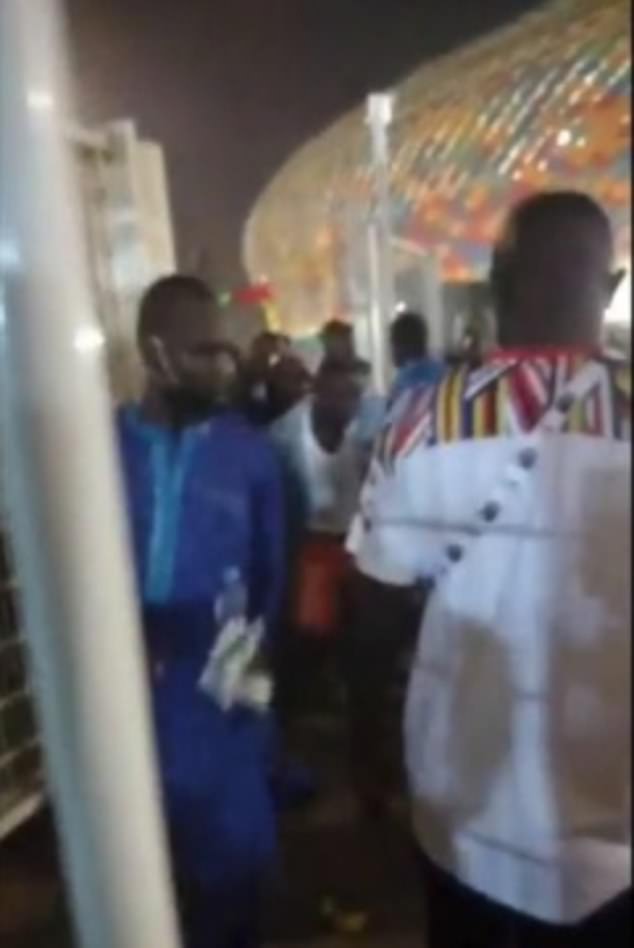