By Kieran Jackson For Mailonline


Fans on social media have praised the performance of Comoros’ stand-in goalkeeper Chaker Alhadhur in the AFCON last-16 defeat to hosts Cameroon.

The minnows were without all three of the goalkeepers in their squad due to Covid,  despite No 1 Ali Ahamada testing negative for Covid-19 before the match.

Yet Ahamada, who had tested positive for the virus, has not fulfilled its protocols to play in the match and as such Alhadhur – a left back – played in goal in the 2-1 loss. 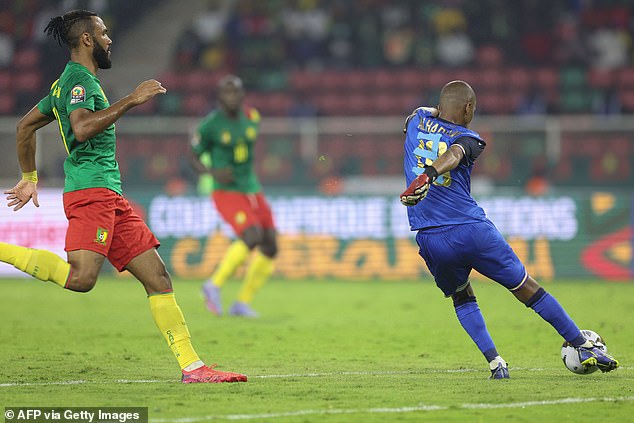 But despite conceding twice, his performance was lauded on social media, especially after an impressive double save in the second-half.

One fan joked: ‘The Comoros GK (who is an outfield player) is genuinely a more proactive modern keeper than De Gea.’

Another said: ‘The Comoros improvisation for a keeper wow,’ while one user similarly said: ‘This Comoros keeper deserves man of the match! Oh wait, he’s not even a keeper.’

One AFCON fan spoke for everyone by saying: ‘This Comoros team are giving me joy. Even with a makeshift goalkeeper and a man down, they’re still going toe to toe with Cameroon.’ 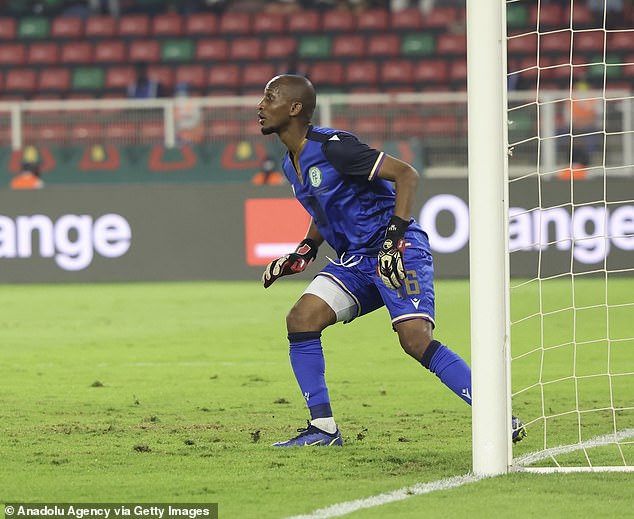 Despite conceding twice, his performance was lauded on social media during the contest 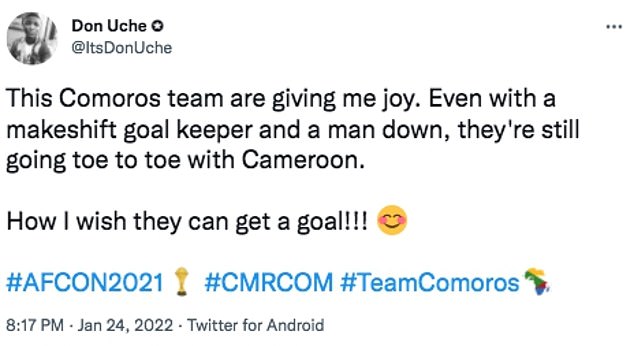 Finally, one said: ‘Wait, Comoros goalkeeper is a left back? He deserves an award! These saves are for world cup.’

And the team ranked 132nd in the FIFA rankings did get on the scoresheet, courtesy of a goal of the tournament contender from a 30-yard free-kick by Youssouf M’Changama.

Yet it wasn’t enough to mount a comeback and hosts Cameroon advance to the last-eight where they will face Gambia on Saturday.