A mother allegedly severed her boyfriend’s genitals after stabbing him and his friend to death.

Jasmine Everleigh, 44, is accused of murdering Samir Esbeck, 59, and Sarkis Abboud, 61, at a Brunswick apartment, in Melbourne, at 5.20am on Thursday.

Everleigh was in a relationship with Mr Esbeck for the past 10 years before she allegedly turned on him in a frenzied knife attack.

Mr Esbeck was allegedly stabbed and his genitals cut off before he died at the scene.

His friend Mr Abboud died while he was being rushed to hospital.

A mother (pictured, Jasmine Everleigh) allegedly severed her partner’s genitals after stabbing him and his friend to death 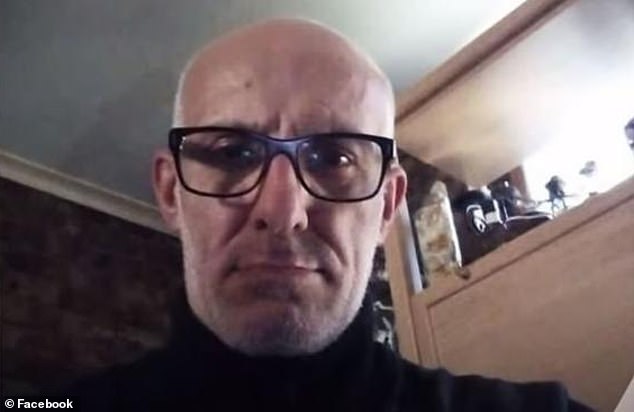 Jasmine Everleigh, 44, is accused of stabbing Samir Esbeck, 59 (pictured), and his friend Sarkis Abboud, 61, at a Brunswick apartment, in Melbourne, at 5.20am on Thursday

Everleigh was arrested on a nearby tram, taken to hospital, and later charged with two counts of murder.

‘No one deserves this kind of pain left with them,’ she wrote on Facebook.

‘My father was my hero, a loving husband and brother to his family. My heart feels empty knowing I won’t ever see him again… Dad, I love you.’

Security footage from several shops filmed a shirtless Everleigh walking down the street with a shirt wrapped around her left hand after the alleged stabbing.

She ran across numerous streets and down dark alleys in shoes that were allegedly covered in blood.

Police said Everleigh left a 1.5km trail of blood along several roads and a children’s playground.

Just before the morning commute kicked off, the 44-year-old woman was arrested on a tram in nearby Carlton.

She was taken to hospital with minor injuries. 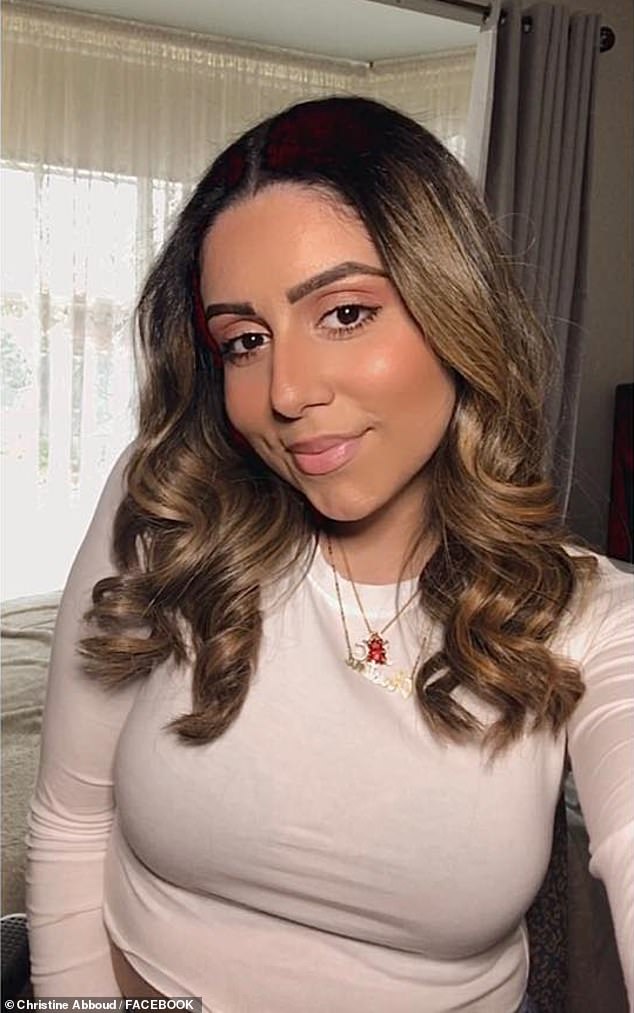 Trails of blood were on the pavement around the area where the stabbing occurred but police aren’t looking for anyone else involved.

A strip club about 350m away from where the bodies were found was also taped off.

The tram the woman was arrested on was forensically examined while officers were also seen tracing nearby Breese Street for clues on Thursday.

Acting Assistant Police Commissioner Mick Frewen said there were multiple sites involved in the incident that would be investigated. 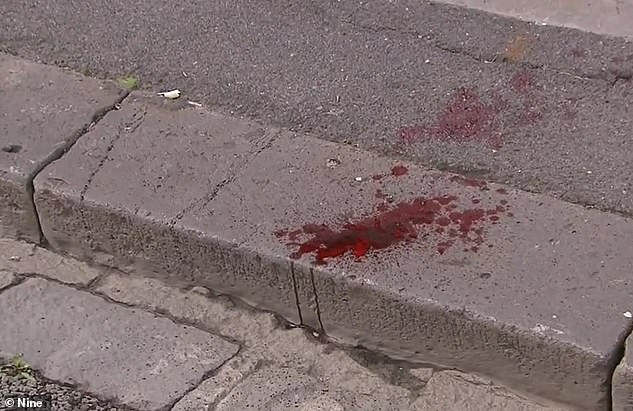 Police said Everleigh left a 1.5km trail of blood with droplets left on streets and a children’s playground 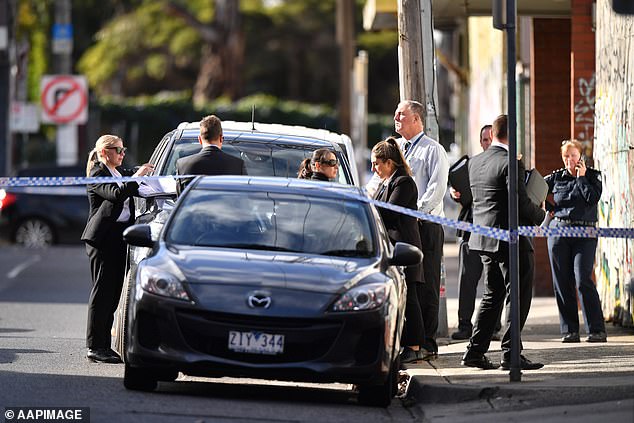 Resident Jordan Cadman described the stabbing as ‘shocking’ but said he did not see or hear anything.

Cassandra Lutzko, who lives in a nearby apartment complex, described the area as ‘pretty quiet and chill’.

‘I moved to the building about six years ago,’ she said. ‘Everyone’s really friendly. It’s a nice area.’

ABC employee and Irish migrant Jill Meagher, 29, was killed while walking home in a laneway off nearby Hope Street 10 years ago.

Ms Meagher was raped and murdered by a stranger while making the short walk back to the Melbourne apartment she shared with her husband, Tom, in September 2012. 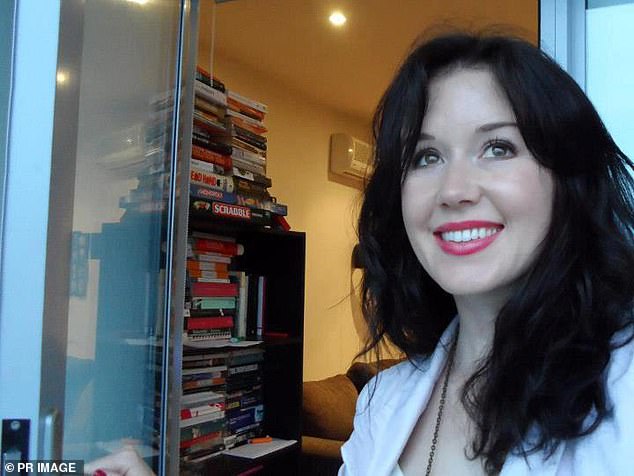 Eerie CCTV footage was aired across Australian TV screens showing the 29-year-old being approached on the way home by Adrian Bayley – who would be later given a life sentence for her murder – in hopes the missing woman might be found safe.

Her body was found in a shallow grave north of Melbourne six days later.

Meagher had been heading home after having some drinks with friends in the early hours of September 12, 2012, when she was suddenly attacked.

The walk to Ms Meagher’s home from the bar she was at was just 700m.

Bayley was on parole for other sex crimes at the time of the murder. 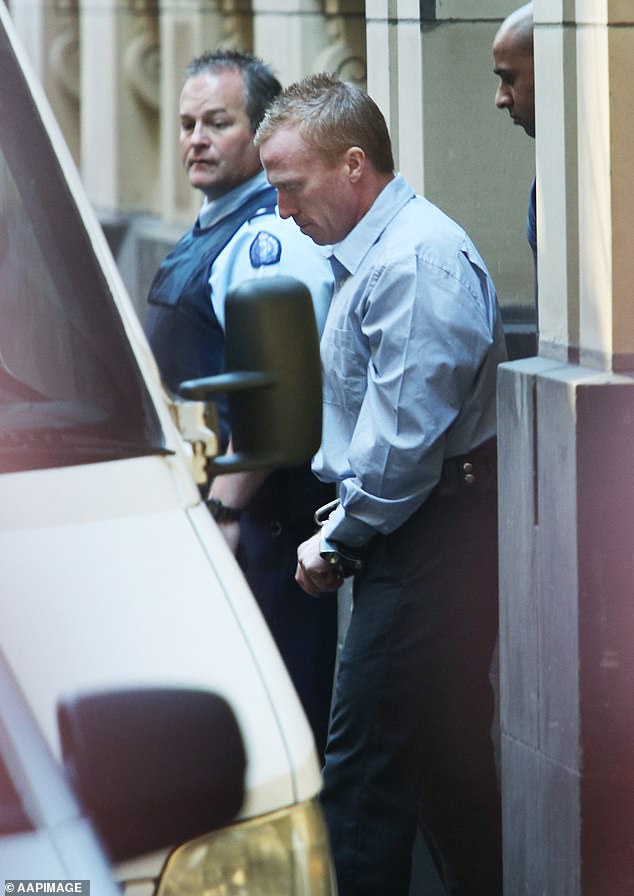 MAIL ON SUNDAY COMMENT: Party leaders should clash over big issues, not cake and curry