By Brian Marks For Dailymail.com


Farrah Abraham was allegedly arrested on Saturday after getting into a physical altercation with a security guard.

The confrontation began when someone described as a ‘hater’ of Farrah assaulted her and her friends at the venue, an eyewitness claimed.

Following the confrontation, Farrah allegedly became ‘belligerent,’ so staff asked her to leave, but she refused.

Rather than calling for the police to assist, paramedics were reportedly called.

However, the reality star apparently was so agitated that police were subsequently called to the club.

In video obtained by the outlet, Farrah was seen been restrained on the ground by a masked man, though it wasn’t clear if he was a security guard. 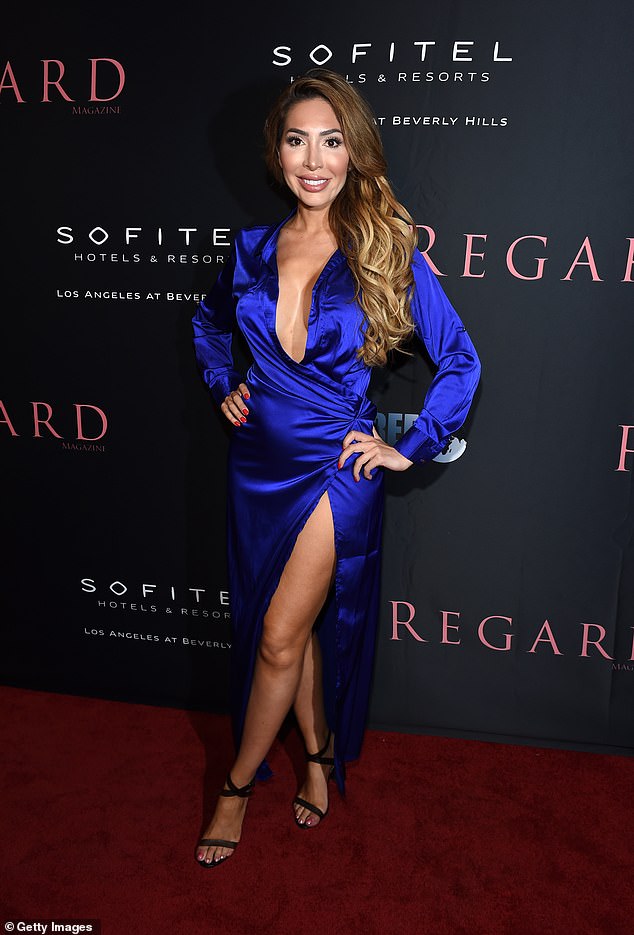 Showdown: The confrontation began when someone described as a ‘hater’ of Farrah assaulted her and her friends at the venue, an eyewitness claimed. Paramedics and police were subsequently called; seen in February 2020 in LA

She can be heard apparently shouting at the man restraining her in the clip.

‘You know why people fight hard in jail. Sickos like you,’ she shouted. ‘It’s on camera! Harassers like you!

After the man asked her to remain calm, she replied, ‘I’ve already been calm. I’ve already will be calm [sic].

‘I will be more calm than anyone has ever been,’ she continued, adding in something unintelligible about the ‘United States of America.’

Later, Farrah is seen being cuffed by police officers as she shouts, ‘I didn’t hit anyone! I would never hit anyone.’

As she was led into a police vehicle, she continued: ‘Thank you for putting me in cuffs, against the law.’